Carry-over Effects: The complex story of how events occurring to a bird in one season affect survival or reproduction in another season 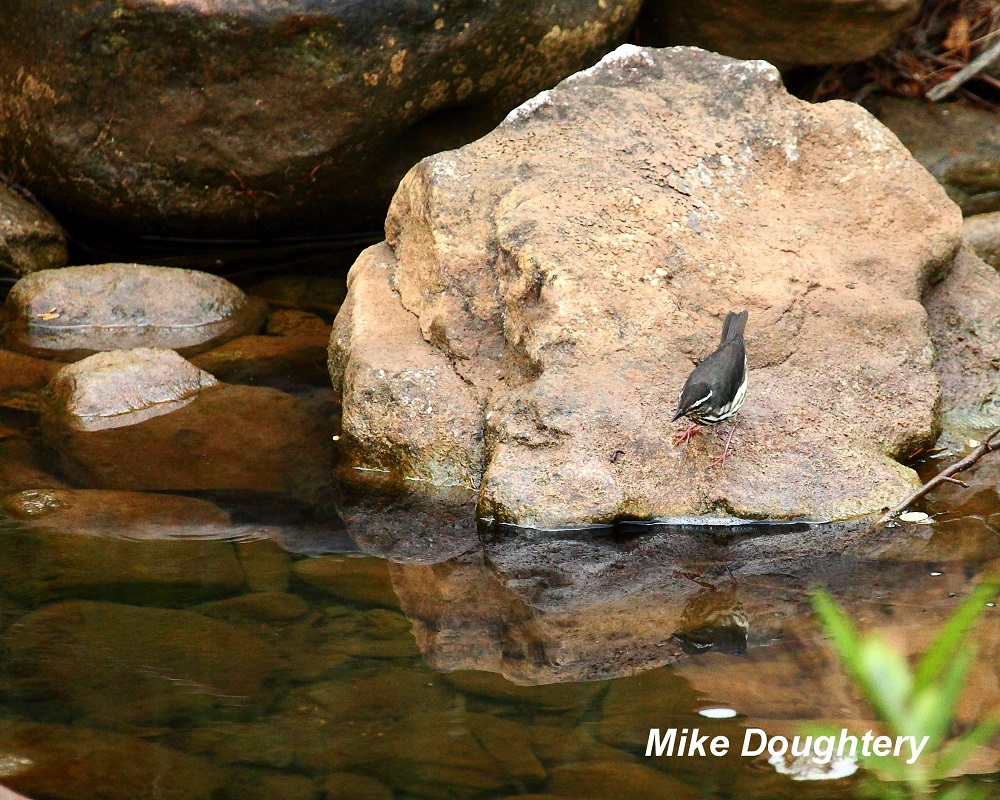 Migratory birds, many of which are declining in population size, face unique challenges throughout the annual cycle that can affect both survival and reproductive success. Migratory bird populations may be limited by conditions on the breeding and wintering grounds or those experienced during migrations. But, we have also learned that experiences in one season can have so-called “carry-over effects” in another season. Carry-over effects can be thought of as a domino effect, or a delayed reaction, where occurrences in one season may have an effect on a bird’s condition that are manifested in a later season in terms of reduced survival or reproductive success. These carry-over effects can have profound impacts on population dynamics.

Carry-over effects are most often shown to operate in one direction, from the wintering grounds to the breeding grounds. For example, in the American Redstart, habitat quality affects the body condition of individuals such that birds which overwinter in low-quality dry scrub habitats in the Caribbean arrive on their New England breeding grounds later in the spring, occupy lower quality breeding territories, and produce fewer young.

Although theoretically possible, carry-over effects related to occurrences in the breeding season on winter condition and survival have not been studied extensively. The National Aviary Department of Conservation and Field Research studied this question for the Louisiana Waterthrush using a unique approach involving hormones and feathers. We used the amount of corticosterone occurring in the feathers as a measure of the physiological state of waterthrushes at the end of the breeding season, because that is when their feathers are grown.

We found that birds arriving on wintering grounds with lower corticosterone (CORT) scores — scores indicating less physiological and energy stress — occupied higher quality winter territories and achieved better body condition during the overwinter period. Body condition, in turn, was important in determining whether adult birds returned to the wintering grounds in the subsequent year, with birds in better condition returning at greater rates.

Together these data suggest there is a carry-over effect from the breeding grounds to the wintering grounds that even extends beyond the winter season, affecting annual return rates. Ours is one of very few studies that have used feather CORT to determine if events in the breeding season may have latent effects on the subsequent overwinter period or on annual survival.

Studies of carry-over effects offer a fascinating insight into the complex ecology of migratory birds! They are also of particular interest for building models of population limitation of migrants and, ultimately, in crafting future conservation plans for declining populations of migratory birds. 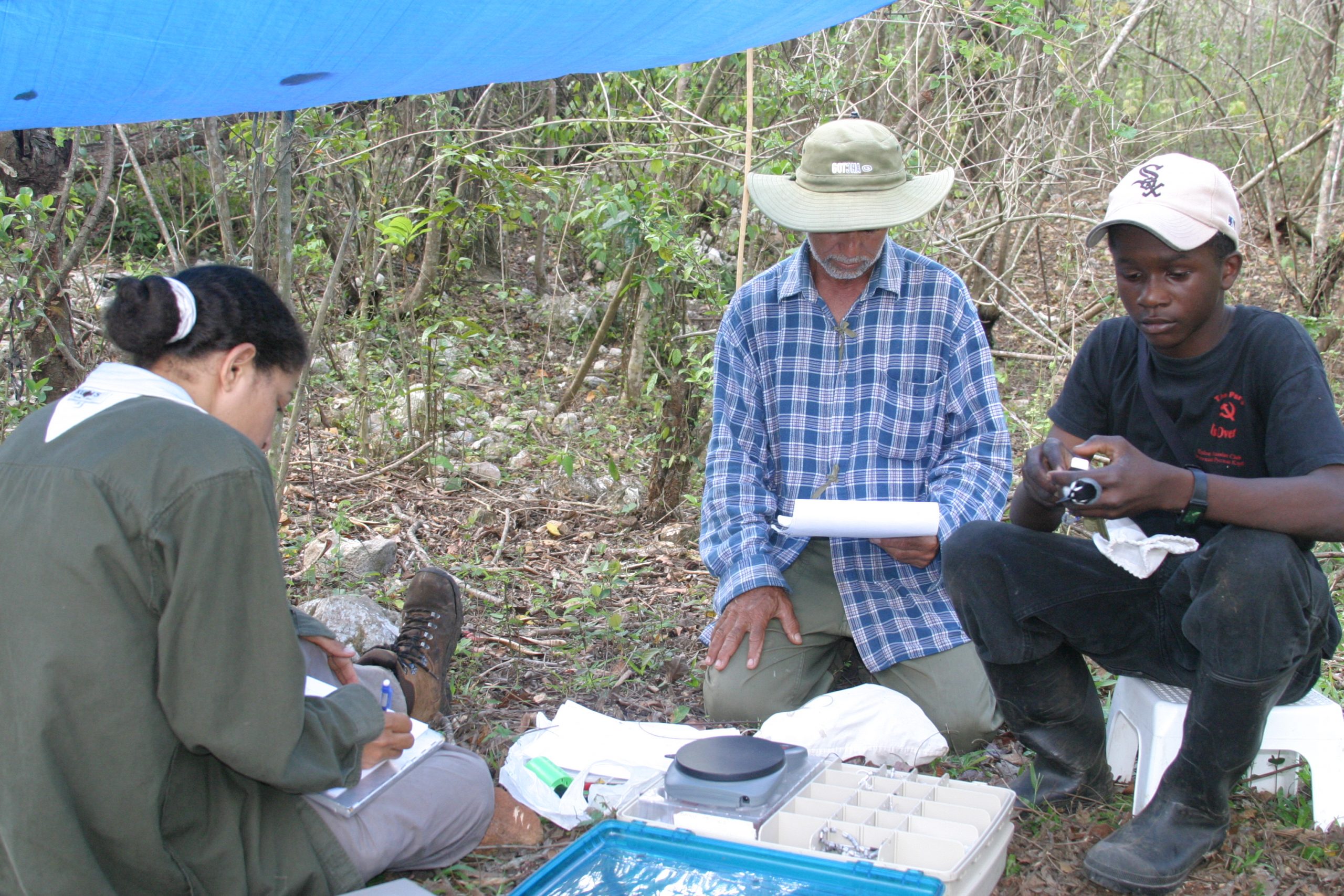 Because of the need for a long-term commitment, as well as the annual dedication of personnel and scarce conservation dollars, extremely few long-term monitoring programs exist in the Neotropics to quantify in a rigorous way any changes in communities of overwintering Neotropical migratory birds or of permanent resident species. The National Aviary’s Department of Conservation and Field Research has invested in long-term monitoring for more than 10 years at multiple sites.

Population trends of overwintering Neotropical migratory birds are of broad concern. Reported population declines among many species in the eastern United States – with those species that migrate to the tropics showing the most pronounced declines – prompted numerous researchers to assess trends in populations or species, with most efforts focused on the breeding grounds.

Extremely few population trend data are available from the wintering grounds for any species. The most important studies all come from one site – dry forest at Guánica in southwest Puerto Rico – where dramatic long-term declines in winter-resident warblers have been found. Without similar studies across the wintering grounds, it is difficult to understand if the Puerto Rico declines are due to local or range-wide factors.

The National Aviary has been working at multiple sites in the Dominican Republic and Costa Rica to quantify population trends of overwintering Neotropical migratory species and permanent resident species in key habitats. In the Dominican Republic, we work in coastal thorn scrub, dry forest, and pine forest, and in Costa Rica, we work in secondary tropical forest fragments. 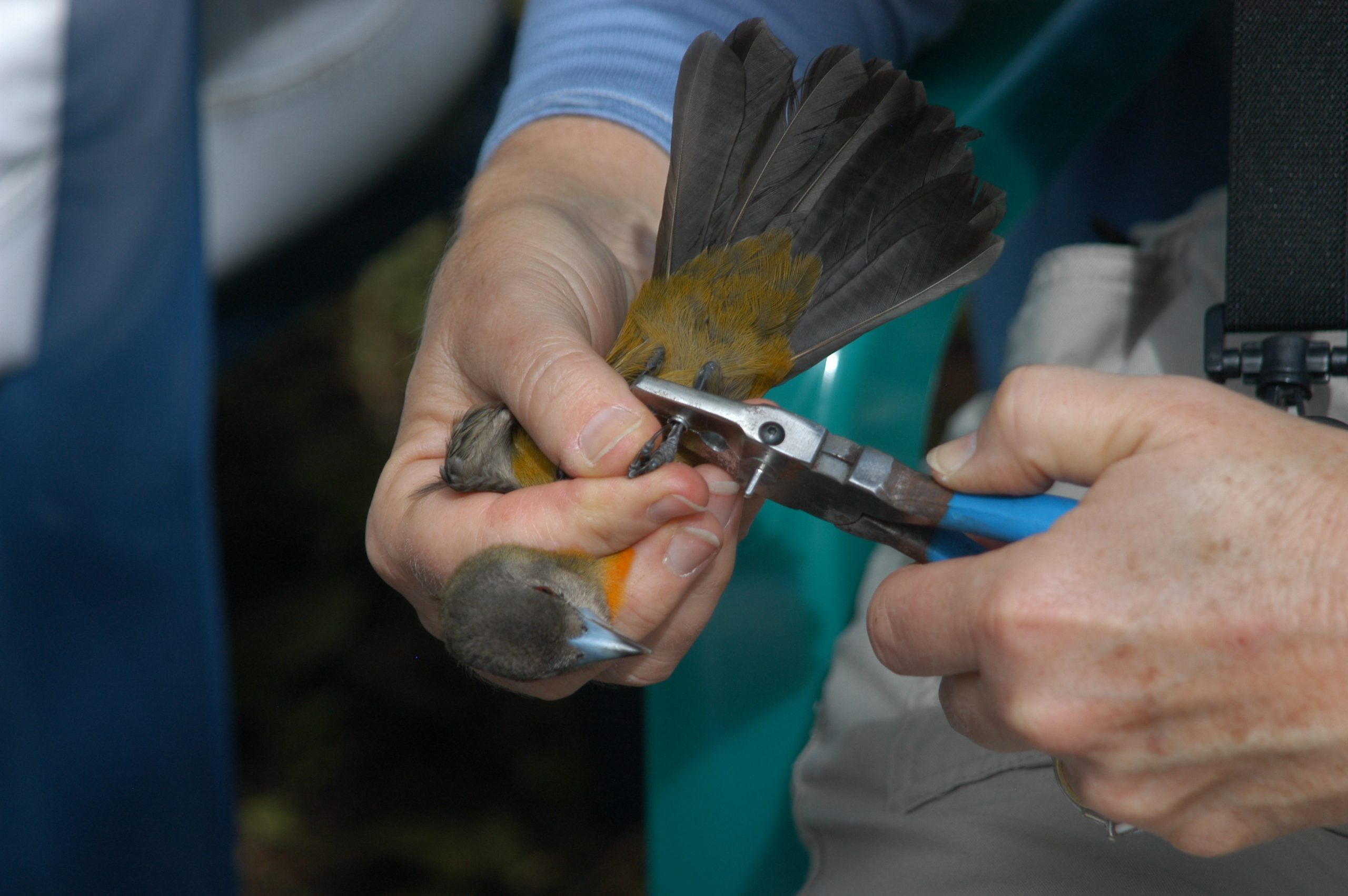 The major objectives of these long-term monitoring programs are to:

(2) assess population trends of permanent residents and endemic species in each habitat type, and

(3) compare our results to similar data from Guánica, Puerto Rico. We will then use our results to further assess conservation measures for Neotropical migratory birds and the winter bird community.

Landmark studies from Puerto Rico have reported a collapse of both abundance and diversity of wintering birds, especially since 2002, but very few other long-term monitoring studies are available for comparison. Our research from multiple sites in the Dominican Republic and Costa Rica suggest some important changes in the avian communities, but no systematic collapse as seen in Puerto Rico. Monitoring will continue so that comparative studies can be used to validate our findings. 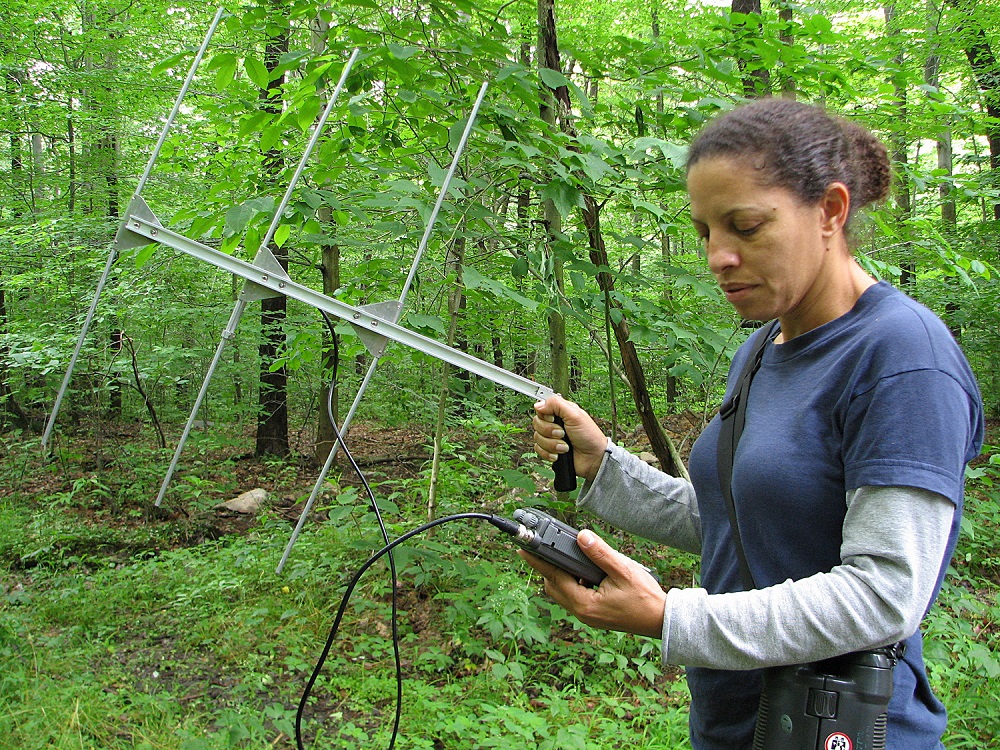 Determining where in the annual cycle populations of migratory birds are limited is a long-term goal of avian ecologists. With data from more than 10 years of field studies, the National Aviary’s Department of Conservation and Field Research hopes to soon share a novel technique – and an answer – with regards to our model migratory species, the Louisiana Waterthrush.

Documenting increases and declines in bird populations is straightforward. It is much more challenging to understand the factors underlying those changes. Particularly in the case of population declines, we need to know the drivers of population change before we can develop an effective and efficient conservation strategy. The National Aviary is using statistical techniques, mathematical models, and computer simulations to synthesize a wealth of hard-earned demographic data on the Louisiana Waterthrush, data which Dr. Steven Latta and colleagues have collected on the breeding and wintering grounds of the species over the last 10 years.

Like all migratory songbirds, the life cycle of a waterthrush has many components. A waterthrush experiences fledging from the nest, surviving the fledgling period to independence, and preparing for migration. They then migrate to the Gulf Coast, cross the Gulf of Mexico to the Caribbean, choose a territory which may vary in quality, and successfully overwinter in the tropics, only to reverse the journey in the spring, find a high quality nesting territory and a mate, build a nest, care for eggs and young, molt, and prepare for migration again. And, when an individual survives, this cycle is repeated over and over again.

Factors affecting a bird’s condition and survival during any of these stages could theoretically be important drivers of waterthrush population dynamics. For each of these stages we are using available field data and published information to determine probabilities of success or survival. We will combine these into a mathematical framework for estimating population change over time. This, in turn, can help us to determine, for example, if the waterthrush populations are affected more by events on the breeding and wintering grounds, or during migration between the two.

By building new mathematical models representing the dynamics of the Louisiana Waterthrush life cycle throughout the year, we will identify where in the full annual cycle conservationists should target to offset declines in this migratory species.