Tracking Western Hummingbirds in the East

The National Aviary’s Ornithologist, Bob Mulvihill, has been tracking and following up on reports of unusual hummingbirds located in western Pennsylvania and parts of Ohio and West Virginia since the 1990s. By October 10, the region’s most prominent and familiar hummingbird, the Ruby-throated Hummingbird, has migrated south. A hummingbird spotted after that date is very likely to be a different species.  Throughout the state seven different hummingbird species have now been documented—amazingly, including a very rare Bahama Woodstar, endemic to the Bahamas and almost never seen in the United States! Banding these small birds is giving ornithologists insight into the migratory patterns of many hummingbird species. 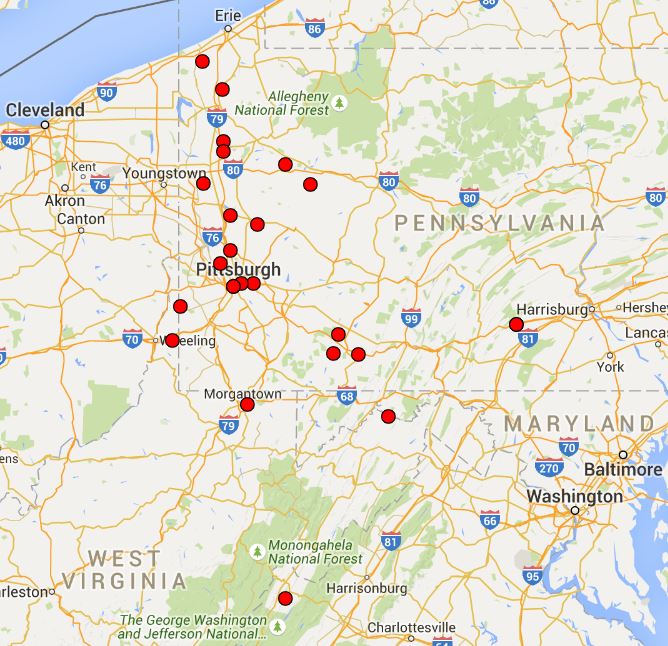 The ability to track individual birds using unique identifying leg bands is one way that scientists can begin to understand their movements and migration patterns. Experts place a small numbered metal band around the leg of a bird (even one small enough to fit the tiny leg of a hummingbird.) The number on the band is unique to the individual bird. A bird banded in Pennsylvania might later be caught by a researcher elsewhere.

Bob Mulvihill is one of very few licensed hummingbird banders in Pennsylvania, and these banders work collaboratively to track the occurrence and movement of western hummingbird species.  When an unusual hummingbird shows up nearby, Bob follows up on the report and attempts to locate, delicately catch, band, and release the bird. His observations are shared with a network of other researchers.

Between 2011 and 2014, Mulvihill caught more than twenty Rufous Hummingbirds between October 16 and December 19, including five in the Pittsburgh area, depicted on the map.  Incredibly, one proved to be a hummingbird banded the winter before in Louisiana by bander Nancy Newfield!

Be a Hummingbird Helper! 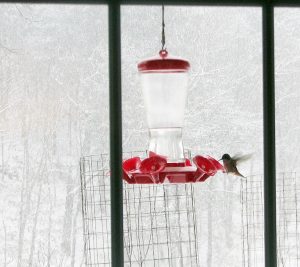 While many people take their hummingbird feeders down in early fall, keeping them up a few months longer may attract migrating hummingbirds and provide an important source of nourishment for them as they move south. An ideal mix for hummingbirds is sugar water (four parts water, one part plain granulated sugar). To prevent freezing, bring your feeder inside at night and return it in the morning.

Importantly, if you do attract a late hummingbird, or if you hear about a friend who has been seeing a hummingbird after October 10, then contact National Aviary Ornithologist Bob Mulvihill as soon as possible by emailing Robert.Mulvihill@aviary.org or calling  412-258-1148 (office) or 412-522-5729 (cell).

In the late 1970s, a legendary hummingbird bander by the name of Nancy Newfield began reporting unexpected winter occurrences of several western species of hummingbirds at gardens and feeders near her home in Metairie, Louisiana.  Beginning in 1990, when National Aviary Ornithologist, Bob Mulvihill, was working for the renowned bird-banding program at Powdermill Nature Reserve near Ligonier, he caught and banded Pennsylvania’s first-ever Rufous Hummingbird.

Ornithologists began to suspect that some of these western hummingbirds must regularly pass through Pennsylvania and other eastern states in the late fall on their way to the Gulf Coast–in 1993 the Hummer Bird Study Group, a consortium of hummingbird banders, was created by the late Bob Sargent and his wife, Martha, of Clay, Alabama.