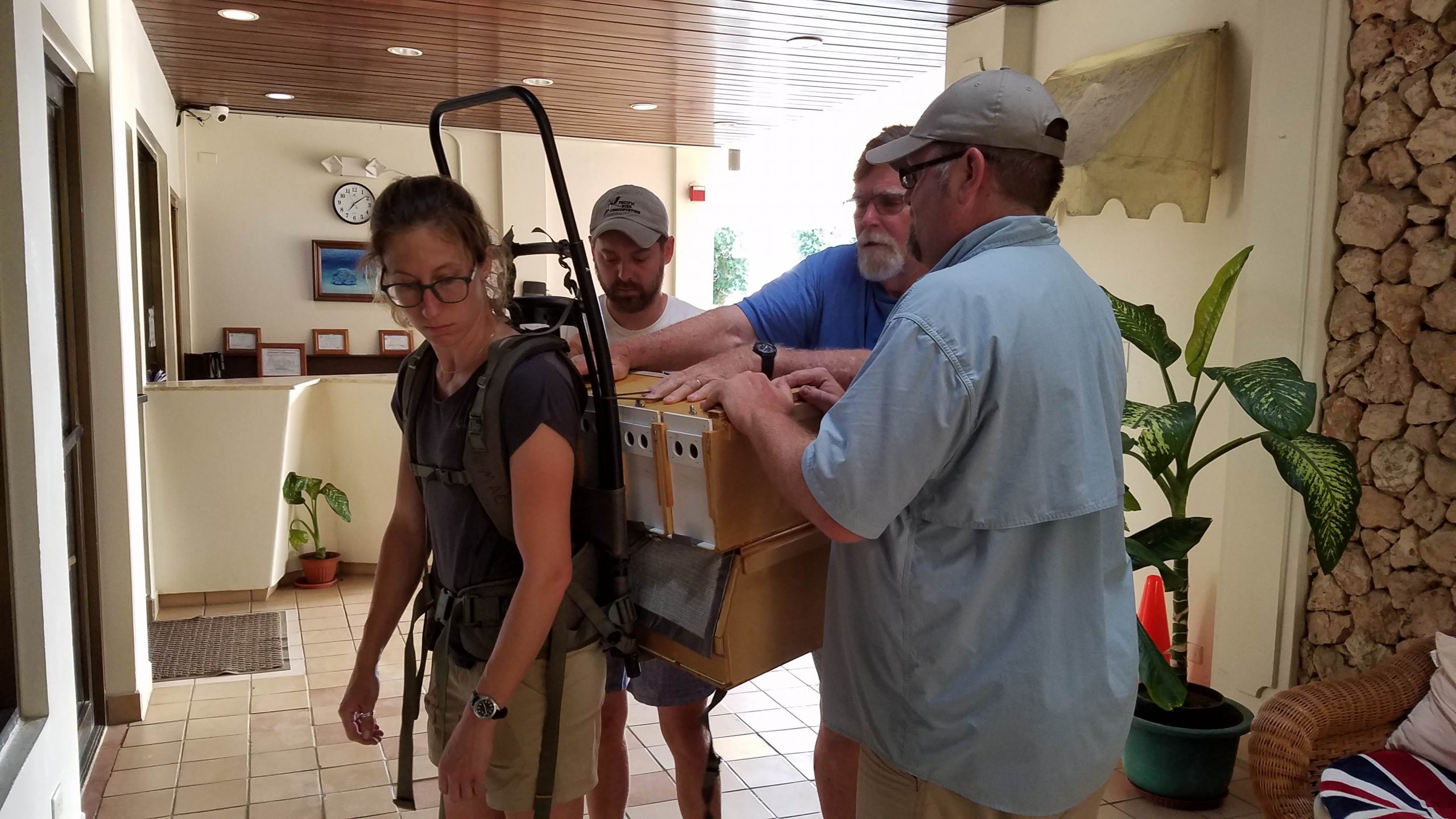 New populations of birds can be established through the process of translocation, the intentional and planned release of birds to the wild to establish a new population. In the Mariana Islands, translocation is used to remove a species from an island where there is an overwhelming local threat from the brown tree-snake so as to create a satellite population on another island where it may be safe from extinction by this introduced predator. In a sense, the long-term intent of such an action is to create genetic reserves for endemic species whose source populations are potentially threatened with extinction.

The Mariana Avifauna Conservation (MAC) program assists the Commonwealth of the Northern Mariana Islands’ Division of Fish and Wildlife by translocating birds to islands in the Mariana archipelago that are free of the brown tree-snake to establish self-sustaining, satellite populations; and, by identifying when additional populations should be established either in human care or in the wild.

Cooperating with MAC and the Association of Zoos and Aquariums (AZA), the National Aviary sends staff members to the Mariana Islands to assist in the translocation of select species of birds. Our staff has participated in the field trapping of targeted species on the islands of Saipan and Tinian with the subsequent translocation of these birds to other snake-free islands in the archipelago.

The National Aviary is promoting its always alluring bird-themed items in the gift shops as the perfect holiday gifts.

10 things to do with kids this week in Pittsburgh | Kidsburgh

Paint a flamingo at home!

The National Aviary recently celebrated the completion of The Garden Room, a new 9,000 sq. ft. event space that opens up to offer access to a beautiful patio and garden.