Birds as Bioindicators: Using sentinel birds to understanding the environmental impacts of energy development and land use decisions 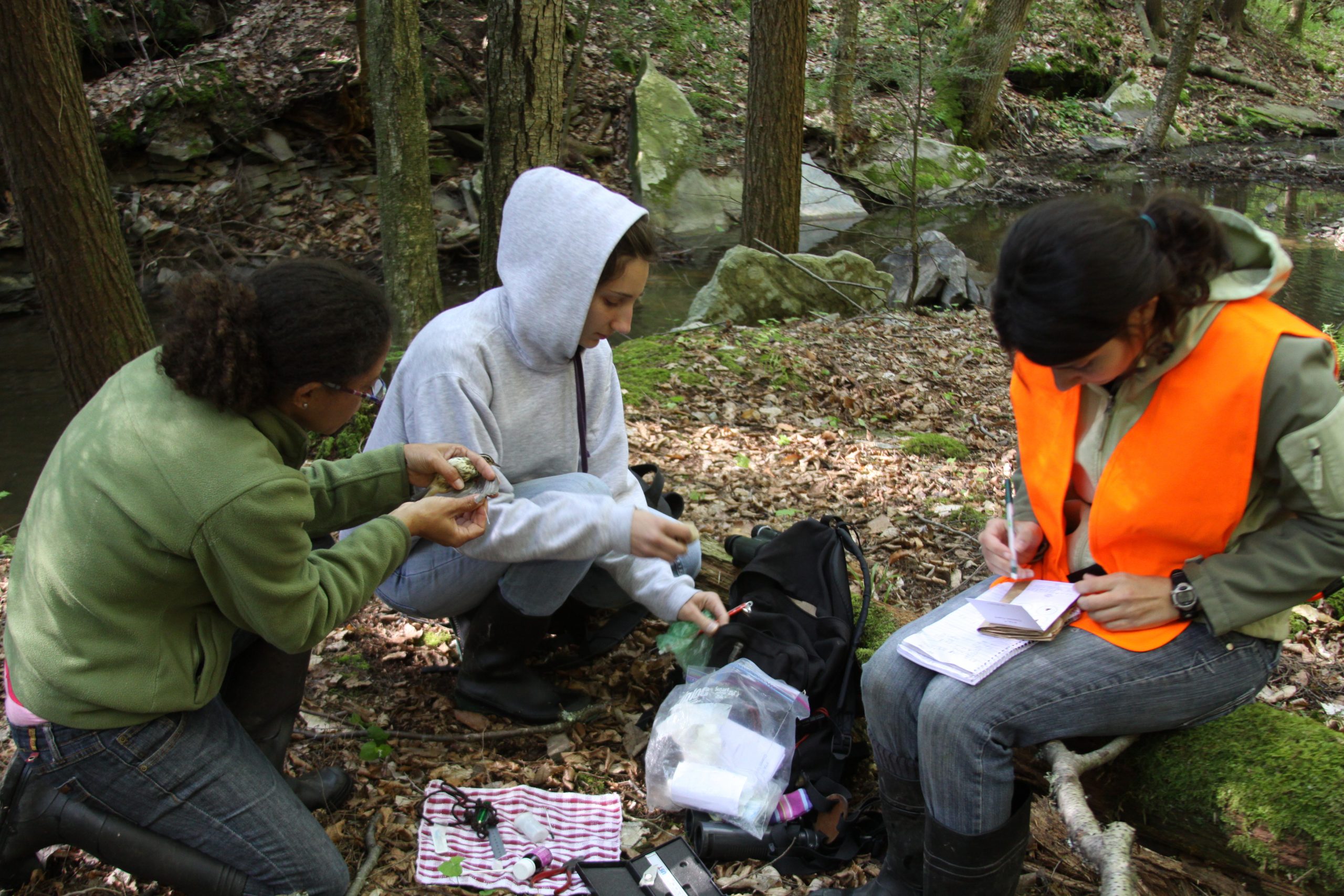 The use of birds as indicators of ecosystem health has been of growing importance in conservation. The Louisiana Waterthrush has been proposed as an indicator of change in stream habitats on its breeding grounds, and is one of several vital signs for long-term ecological monitoring on National Park Service lands in the Eastern Rivers and Mountain Network

Building on research begun in 1996, the National Aviary has been studying the Louisiana Waterthrush as an indicator species for the health of Pennsylvania’s watersheds. As a top predator in sensitive, forested riparian environments, the waterthrush is an excellent sentinel species.

Early studies by National Aviary ornithologists established the Louisiana Waterthrush as an indicator of stream conditions with respect to acid mine drainage from abandoned coalmines, and acid precipitation resulting from automobiles and industrial processes. Over the past several years, we have also dedicated research to better understand possible risks to surface waters from hydraulic fracturing activities.

Building on our previous studies, this new research is based on feathers collected from waterthrushes inhabiting dozens of headwater streams in three states overlying the Marcellus and Fayetteville shale regions. The feathers were analyzed for the presence of barium and strontium, two metals that are not harmful to humans but can act as markers because they are elements that occur naturally and abundantly in the shale layer but are not common in surface waters.

In both the Marcellus and Fayetteville shale regions, barium and strontium were found at statistically significant higher levels in feathers of birds in sites with fracking activity than at sites without fracking. The question of what pathway these metals followed from the shale layers to enter the food chain was not examined by this study. Our data suggest, however, a recent origin for these metals in the riparian systems we studied.

Our finding of similarly elevated levels of metals associated with fracking in two geographically distant shale formations suggests hydraulic fracturing may be affecting surface waters, and underscores the need for additional monitoring and study to further assess whether any ecological or human health risks are posed by the increasingly widespread development of unconventional sources of natural gas around the world. Our study was limited to the base line analysis described above, and extensive further testing and analysis would be required to determine the levels, if any, of any dangerous substances in the watershed.