The high Andes of Ecuador is an area rich in biodiversity. Dr. Steven Latta, the National Aviary’s Director of Conservation and Field Research, has conducted research in this ecological “hotspot” for many years and maintains one of the longest-running monitoring efforts in Latin America. The National Aviary also puts to use its expertise in bird monitoring to help focus Andean Condor conservation efforts to maximize their effectiveness at preserving the species. 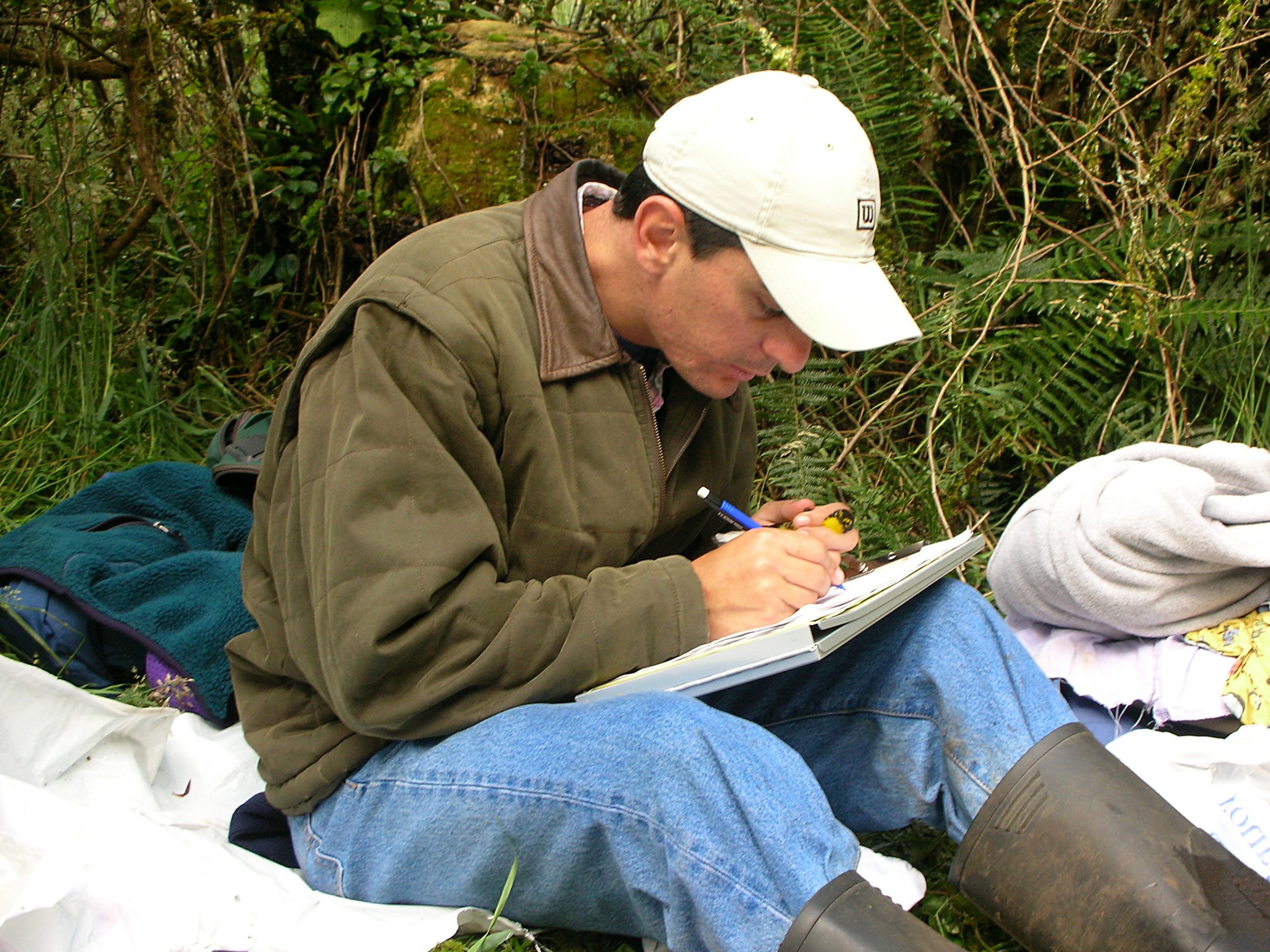 In the high Andes of Ecuador, Dr. Steven Latta, the National Aviary’s Director of Conservation and Field Research, has maintained one of the longest-running bird monitoring programs in all of South America, and one of the only to address populations of birds at high elevations. These data have become instrumental in understanding how and why bird populations respond to human-driven habitat change, including climate change.

One of the greatest threats to ecosystems and biodiversity is habitat degradation caused by human activities. This degradation puts at risk the survival of species and communities, including the region’s unique restricted-range and threatened and endangered species.

Given extensive deforestation in the region, and that habitat change is a continuing threat to birds, we feel that it is imperative to evaluate how avian community structure changes as deforestation continues. We conducted a mark and recapture study to assess abundance patterns, general health and fitness, and survival rates of birds in different habitat types in the high Andes of southern Ecuador.

The National Aviary conducts two days of mist netting per site four times per year. Mist nets are fine nylon nets, 12 meters long, which can harmlessly capture birds in the understory for identification and release. Point counts are conducted monthly as a complementary means of determining relative abundance and community structure. Point counts also allow us to confirm habitat relationships of understory birds determined through mist netting, and allow us to quantify habitat relationships of those species that primarily frequent the canopy and so are not well censused with mist nets.

Beyond data on abundance and habitat relationships, this work also provides estimates of survival and reproductive success, as well as population trends when data are combined across years. In addition, these data will inform additional studies focused on species of conservation concern, and more detailed studies of habitat selection and behavior.

An initial study of changes in bird diversity and abundance from 1994-95 to 2006-07 in bosque introducido and bosque altoandino indicated large declines in species richness and capture rates. These changes are likely the result of various interacting factors, including local and regional changes in habitat outside of the protected area resulting in community changes within the reserve. We recommend continued population monitoring to verify trends and to strengthen the effectiveness of conservation efforts in the Andes. 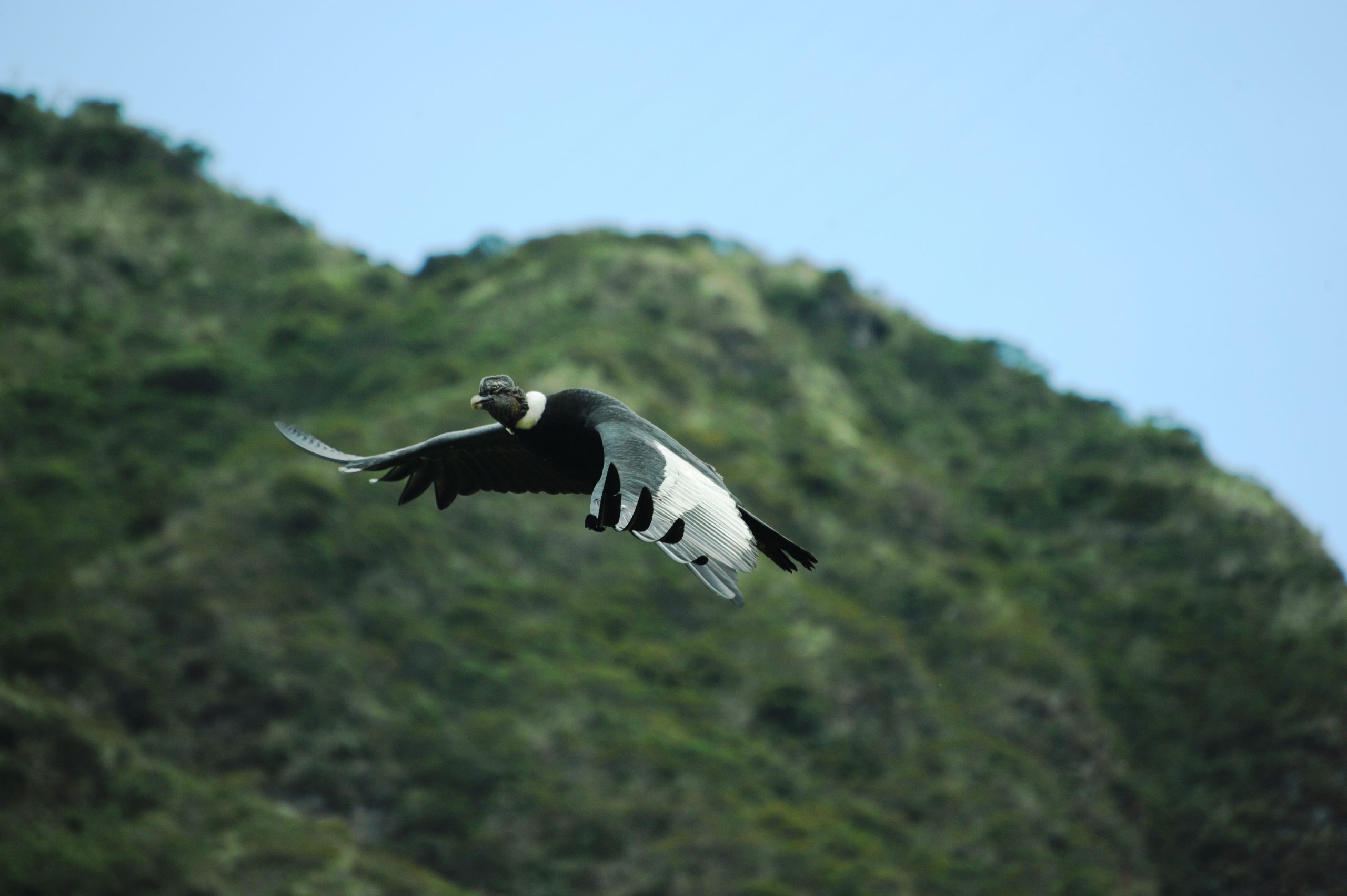 The Andean Condor (Vultur gryphus) is a critically endangered species in Ecuador and is vulnerable at the global scale. An inhabitant of high elevation habitats of the Andes Mountains, the population of the Andean Condor is in decline. While in Ecuador the majority of monitoring and conservation efforts have been concentrated in the north of the country, the National Aviary’s research focuses on the little known Andean Condor population in the south of the country.

Conservation of any species begins with an accurate estimation of the size of the population, but how to best estimate population size for a species that can range over hundreds of square kilometers is not always easy! In Cajas National Park in the southern Andes of Ecuador we tested three methods to estimate local population size of Andean Condors. These methods included, counts at feeding stations where large animal carcasses had been left for foraging condors, counting birds while walking long transects in the Andes, and counting birds at montane lookouts similar to a point count.

Feeding stations were the most powerful tool to monitor Andean Condor populations in this landscape, and we recommend such a protocol for future monitoring efforts. But, we also reported a low abundance of condors in Cajas National Park, possibly a result of ranching and farming activities at the southern border of the protected area, as well as beyond the park borders where persecution and hunting of Andean Condors persist.

The National Aviary carried out additional studies to better understand habitat characteristics associated with Andean Condors. We collected historical records of the species in southern Ecuador, including sight records, and nesting and roosting sites, and generated a species distribution model; we then searched each locality, counted Andean Condors, and completed habitat assessments. Combining our models with field observations resulted in valuable insights into environmental factors affecting condor distributions. For example, the number of condors increased significantly with elevation, whereas the presence of páramo grasslands degraded by free-ranging cattle did not explain the abundance of condors. Our results indicate that the sites with the highest elevation are the most suitable sites for Andean Condors, however, steep slopes also have a positive influence on the abundance of these birds.

The National Aviary’s study recommended preliminary conservation activities should be concentrated in the highest regions of the Andes Mountains, but in addition, sites at lower elevations can be important where a steep slope occurs. Many of the high use areas favored by condors lie outside of protected areas. However, as a result of the National Aviary’s work, a new protected area covering tens of thousands of hectares has been recommended for protection by the Ecuadorian government.