In Project Owlnet’s pilot season, Mulvihill and community scientists confirmed that Northern Saw-whet Owls migrate through the Pittsburgh region. The team caught a total of 11 birds in the pilot season in November and early December.

One bird they caught was already banded. This recaptured bird was an adult female Northern Saw-whet owl that had been banded just three weeks earlier at a station in Long Point, Ontario, about 135 north of Pittsburgh on Lake Erie’s northern shore. This exchange of banded owls among Project Owlnet researchers gives scientists clues into the timing and direction of movements of this enigmatic species.

Multiple owls captured at the National Aviary’s banding station have been identified, thanks to their leg bands, as birds banded elsewhere. Two more owls came from banding stations on Lake Erie’s northern shore. Another had recaptured in Allegheny National Forest in northern Pennsylvania. Amazingly, one owl captured at Sewickley had traveled over 1,600 miles, from Elkwater, Alberta, Canada!

With each field season, patterns continue to emerge. The National Aviary has learned that the fall migration of Northern Saw-whet Owls peaks between the last week of October and the second week of November. Owls were more likely to be caught between 7 p.m. and 8 p.m. and between 10 p.m. and 11 p.m. Moon phase is also a factor, with more than three-quarters of captures occurring on nights when the moon phase was less than 50 percent. 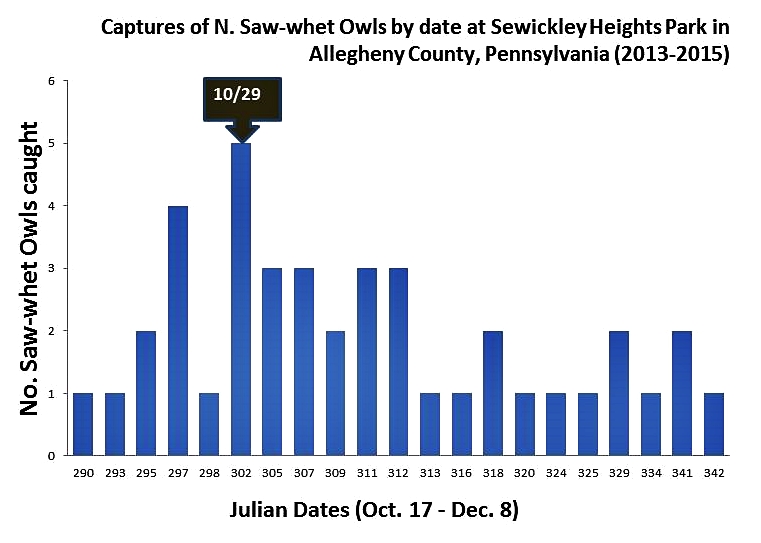 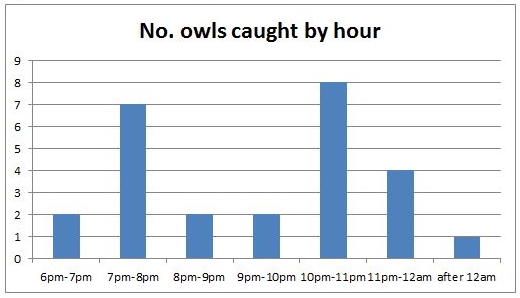 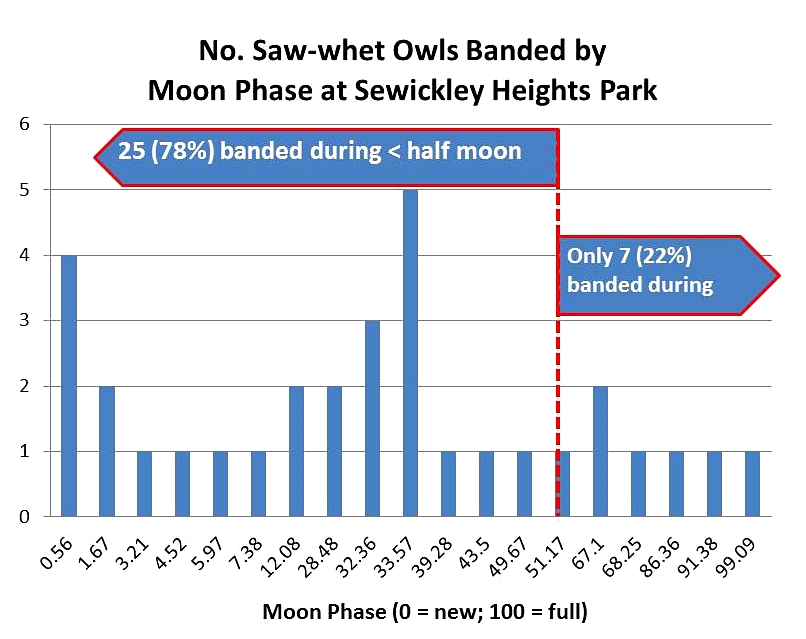 Thanks to Project Owlnet Community Scientists and Supporters

Project Owlnet has attracted a dedicated crew of volunteers, including Doug Cunzolo, Victoria Wefers, Debbie Kalbfleisch, Sue and Jim Ralston, Courtney Sikora, Joe Lee, and Don Koch.  Our success is not only measured in numbers of owls caught, but also in the number of people we are able to engage in the process.  Many hundreds of people have signed our visitors’ book, and many have visited our station on multiple nights and year after year.