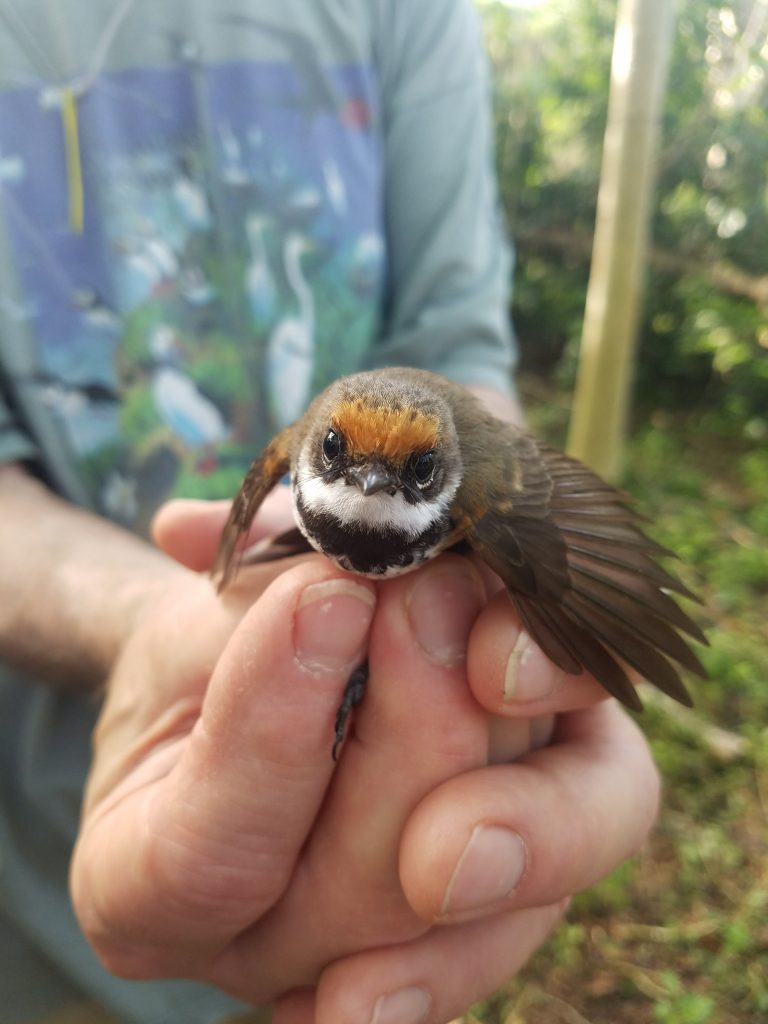 Located in the western North Pacific Ocean, the Mariana Islands are home to 19 endemic bird species and subspecies that are threatened by the introduction of the brown tree-snake. This snake, which was introduced to the island of Guam before 1950, has already been responsible for the extinction or extirpation of nine of 12 species of native forest birds on Guam, and has been determined the single greatest threat to terrestrial ecosystems in the other islands in the Mariana archipelago.

The National Aviary is working in collaboration with the Commonwealth of the Northern Mariana Islands’ Division of Fish and Wildlife, the United States Fish and Wildlife Service, the nonprofit group Pacific Bird Conservation, and Association of Zoos and Aquariums accredited zoos to address this major threat to birds through the Marianas Avifauna Conservation (MAC) project.

Working primarily on the islands of Rota, Tinian, and Saipan, the MAC Project seeks to safeguard the unique avian diversity of these islands from potential extinctions that could result from introduction of the brown tree-snake from nearby Guam. The MAC Project’s long-term plan is two-fold. Together, we are working to establish satellite populations of threatened species, and proactively breed birds in human care.

The National Aviary’s Owl-O-Ween fall celebration will be back this year.

Celebrate things that flutter and flap in the night this fall when three beloved fall festivities return to the National Aviary.

Cheryl Tracy is a winner of a 2021 Fox Rothschild Outstanding CEOs and Top Executives award.

Friends of the Flock, an initiative for The National Aviary designed to engage young leaders in the nonprofit’s mission, has 14 new members.

Visitors to the National Aviary this fall can experience the world of forests and come face to face with forest-dwelling species from around the world.